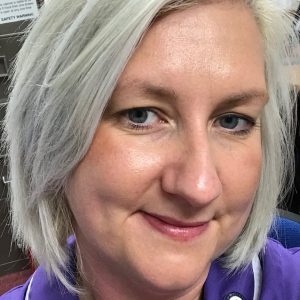 Tara has degrees in Psychology and Midwifery. Having worked for some years clinically as a midwife, she merged previous skills from research roles to her midwifery practice and secured funding for the first role for a Research Midwife within her Trust at that time. Following growing research capacity and capability Tara became a Midwife Champion for the National Institute of Health Research (NIHR) and represented the Eastern region on a national level. As a former community midwife Tara continued to develop methods of staff training for community based skills drills recognising the importance of multidisciplinary training working to include training with paramedics from 2014, she published on this in 2016. Following a yearlong leadership programme Tara became an Associate Director of Nursing and led the first organisation in the UK to gain an international nursing and midwifery excellence accreditation, Pathway to Excellence®. Tara has published a number of papers within midwifery journals, is an experienced speaker having presented nationally and internationally, and from 2019 was appointed as Deputy Head of Midwifery at the Rosie Hospital in Cambridge.