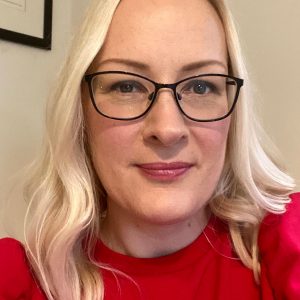 Course Director
Improving Outcomes for those with Comorbidities in Pregnancy

Sarah has worked full-time as a Consultant Obstetrician since 2008 and is based at Leeds General Infirmary. She is responsible for the Obstetric Cardiac, Renal and Respiratory Service in this tertiary referral centre and also works with the Diabetes team, contributing to the twice-weekly Diabetic Antenatal Clinic at St. James’s University Hospital. She sees high risk obstetric patients for pre-pregnancy counselling, in antenatal clinic and participates in the consultant on-call rota on delivery suite.

In August 2021, Sarah was appointed as the Regional Lead Obstetrician for the North East and Yorkshire. She is the Clinical Lead for the Yorkshire and Humber Clinical Network (since 2014) and the North of England Representative for the NHS England ‘Specialised Women’s Services’ Clinical Reference Group (since 2013). These outward-facing roles have enabled Sarah to contribute to development of maternity services locally, regionally and nationally, supporting implementation of the National Maternity Transformation Program and recommendations from the more recent Ockenden report (December 2020). From July 2021 Sarah has been the independent chair of the North West Networked Maternal Medicine Board, working with key stakeholders and the wider team to oversee implementation of this important national maternity safety ambition.

Sarah grew up in Newcastle upon Tyne and completed a degree in Physiology at Leeds University in 1993 before going to Medical School at Newcastle University, from where she qualified in 1998. She then completed her Obstetric training in the Northern Deanery and was appointed as a Consultant Obstetrician at The James Cook University Hospital in Middlesbrough in 2007. Sarah enjoyed living in Yorkshire while at University, so was delighted when she was appointed as a Consultant at Leeds Teaching Hospitals NHS Trust in January 2011. When Sarah is not at work, she enjoys spending time with her husband and two daughters.