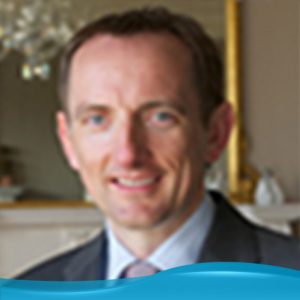 Master of the Rotunda Hospital

Professor Fergal Malone is currently Master of the Rotunda Hospital. He qualified from University College Dublin in 1991. He completed his obstetrics and gynaecology residency training in the United States, which included a fellowship in high-risk obstetrics, obstetric ultrasound and prenatal diagnosis at Tufts University – New England Medical Center, Boston. Uniquely in Ireland, he is Board Certified by the American Board of Obstetrics and Gynaecology in both Obstetrics and in Maternal-Fetal Medicine.
Fergal worked as a consultant at Columbia University Medical Center in New York until 2005 where he directed one of the largest high risk obstetric programmes in the United States, specialising in advanced obstetric ultrasound, prenatal diagnosis, multiple gestation management, and the care of women with challenging obstetric problems. In the United States he directed world class research for the National Institutes of Health, including the renowned FASTER Trial which documented the optimal series of prenatal tests for fetal abnormalities, as well as the New York branch of the Maternal Fetal Medicine Units Research Network. After 14 years in the United States, Fergal returned to Ireland in 2005 when he was appointed Professor and Chairman of the Department of Obstetrics and Gynaecology at the Royal College of Surgeons in Ireland, based at the Rotunda Hospital.
Since returning to Ireland Fergal has been responsible for many notable innovations in Irish obstetric practice, including the first open fetal surgery for fetal abnormalities, the first laser surgery for twin-to-twin transfusion syndrome, and the implementation of a national first trimester screening programme for fetal abnormalities, such as Down syndrome. He provides advanced obstetric ultrasound and all forms of prenatal diagnosis, including amniocentesis, chorionic villus sampling (CVS), fetal blood sampling, and fetal treatment procedures, such as laser surgery for twins and fetal transfusions.
Fergal’s philosophy for obstetric care is based on the fundamental principle of informed patient choice. Options for managing pregnancy and delivery are individualised for each particular patient’s needs and preferences. An advanced obstetric ultrasound examination is performed at each visit and all forms of prenatal screening or diagnosis are available to his patients. Fergal’s practice provides 24 hour a day availability, including mobile phone or email support as needed. He practices from two convenient offices in Dublin, one based on the Northside at the Rotunda and one based on the Southside in Sandyford.