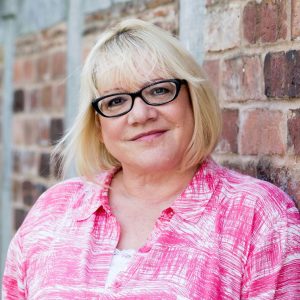 Judy founded Baby Lifeline in 1981 after losing her first three babies consecutively, all born prematurely. At the time, Judy was a state registered nurse (qualified 1978); working in accident and emergency ITU, cardio thoracic ITU, and neurosurgery ITU, before leaving to become a corporate medical representative specialising in intra-operative cardiovascular products.

As a sanity plan, Judy started Baby Lifeline and started to work with and for frontline maternity healthcare professionals to provide technology for maternity and neonatal units both in hospitals and in the community, as well as evidence based multi-professional training and associated research for thousands of health care professionals.

To date, the training has been provided to over 25,000 health professionals in the UK and internationally, and countless professionals worldwide in the form of DVDs. The training content is based on national findings and recommendations to improve mortality and morbidity in the UK. One of the proudest moments of her career was providing training for nearly 300 Iraqi and Kuwaiti clinicians in Kuwait during a politically turbulent time in 2005. The charity has raised around £14 million to date towards providing equipment and training to the maternity sector.

Judy was awarded an Honorary Master’s Degree from University of Coventry in 1994 in recognition of her work supporting women’s and children’s health. She was awarded a national Pride of Britain Award as ‘Fundraiser of the Year’ in 2010, was named in The Independent on Sunday’s ‘Happy List’ as one of the top 100 people who make Britain a happier place in 2011, and was one of the winners of the Forum3 ‘Alternative Rich List’, which recognises individuals who enrich other people’s lives in ways money can’t. In June 2019, she was honoured to receive a Distinguished Service Medal from the Royal College of Obstetricians and Gynaecologists for her dedication and achievement in the development of women’s healthcare.