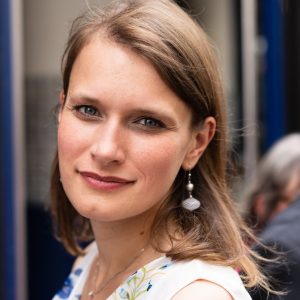 I am a consultant psychiatrist specialised in perinatal mental health, based in London. I am an expert in the psychological processes and the mental difficulties that can affect a parent during the expecting period and up to a year post-natally (included adoption process and surrogacy). I work within the NHS as a Consultant Perinatal Psychiatrist, I also have a private practice in London.

I have been trained in general psychiatry in Paris, France. I have developed specialist interests in perinatal and transcultural psychiatry. Between 2014 and 2016, I worked for Médecins Sans Frontières on two humanitarian missions, as a psychiatrist: one with sexually assaulted survivors in Kenya, and the second with burnt children, mentally ill children and parents in Gaza. Since I arrived in London in 2016, I have volunteered at the French Clinic – Dispensaire Français as a consultant adult and perinatal psychiatrist.